Khajuraho is in itself one of the most popular destinations in India. But there are also other places around Khajuraho, which make for ideal weekend getaways. One can choose from a wide variety of choices ranging from historical places, religious spots, wildlife and nature tourism etc. All these places are well connected from Khajuraho by bus and private vehicles. Most of these places give us glimpses into the times gone by, by the rich heritage and ethnic diversities of the regions. Some of the places to visit around Khajuraho are listed below.


Explore the scared land of Satna

Satna is a small city in Madhya Pradesh and is about 110 km from Khajuraho. The city is famous for its cement production and also popular as a religious destination. One of the most popular places to visit in Satna is Chitrakoot, where Ramayana was written. Chitrakoot is steeped in history and religious fervor and has ancient caves which are supposed to be the very same caves where Lord Ram lived with Sita and Laxman for 12 years of their Vanvas. Tulsi Mandir, Kamadgiri mountain etc are important places to visit here. 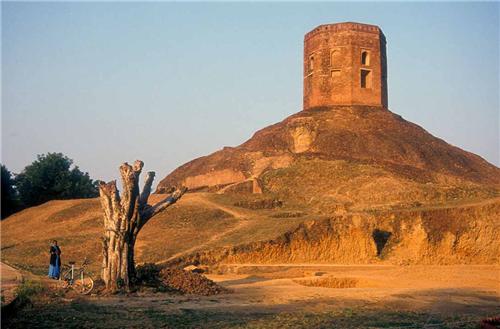 Another important temple here is at Maihar which is the most popular Sharda Mata temple in the region. Satna also has a rich Buddhist lineage and the stupa at Barhut is very popular Buddhist destination. Built in the year 150 BC, the stupa narrates the tales of Buddha’s enlightenment, his teaching etc by the elaborate sculptures and paintings on the stupa.


Visit the historical town of Jhansi 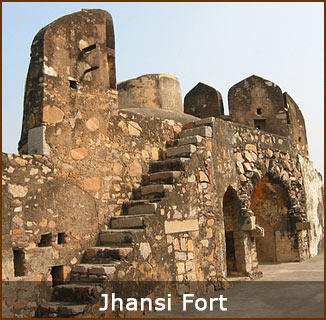 Jhansi is located at a distance of 175km from Khajuraho. Jhansi was once the stronghold of the Chandela kings but lost its glory in the late 11th century. The most popular attraction of Jhansi is the Jhansi Fort built by raja Bir Singh in in the 17th century. The fort was built on top of a hill as a fortification against enemy attck. The fort also houses a museum which showcases the rich history and artifacts of the Bundelkhand region. The other most important destination in Jhansi is the Rani Mahal which was the personal palace of Rani of Jhansi, Rani Laxmibai. Converted into a museum, it now holds the archeological remains of the period from 9th to 12th century.

There are frequent buses from Khajuraho and takes about 3 hrs to reach. Jhansi also has a main railway station with frequent trains to all parts of the state.


Catch the glimpses of the bygone era at Chanderi

Chanderi is another ancient town set in the midst of natural bounty. Nestled in the Vindhya mountains with river Betwa flowing in the South west and bounded by lakes, hills and rivers, this land is on the border of Bundelkhand and Malwa region. The city is also famous for the exquisite sarees which are named after the city and are world famous for their beauty and exquisite detail. The very famous Chanderi Saree is crafted here by the locals and are exported worldwide. 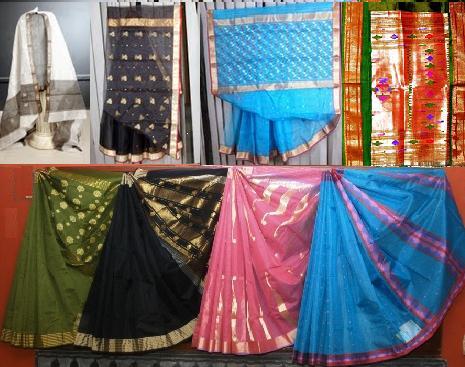 The most important tourist destination in Chanderi is the Chanderi Fort built by Raja Kirti Pal in the 11th century. The fort stands at a height of 71 metres in top of a hill and is fortified with a 5km long wall. Another tourist destination is the Raja Mahal in the Andar Shehar of Chanderi. The palace was built during the 15th century and is built of grey and white sandstone. Parmeshwar tal is a pictersque lake built by the Bundela king Anirudha Singh in the 18th century. The lake has stunning views of the surrounding landscapes and has a famous temple of Laxmana which stands right on the banks of the lake. Other important destinations in Chanderi are a visit to the Chanderi Archeological museum, Deogarh, Koshak mahal, Hath Sal etc.


Experience the wildlife at Shivpuri

Shivpuri, at a distance of 274 km from Khajuraho, was once the hunting playgrounds of the Mughal rulers. A land of rich diversity and dense forests, it was the summer capital of many royal families. The most important destination in Shivpuri is the Madhav National Park. It was once the personal hunting ground for Emperor Akbar and is a region rich in biodiversity. 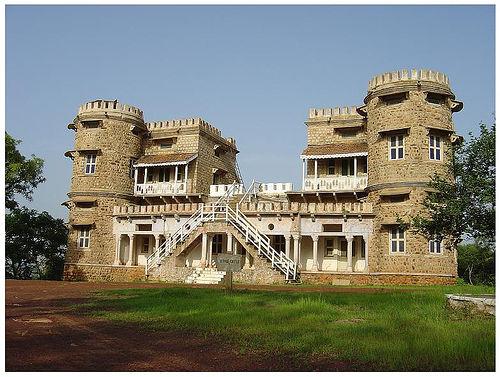 George Castle which is located within the Park was built by Scindia King Jivaji Rao Scindia and is a splendid example of colonial architecture. Karere Bird Sanctuary has one of the most diverse species of indigenous and migratory birds. With over 245 recorded species of birds, it is one of the most favoured destinations for avian enthisiasts. Other important places to see in Shivpuri are Madhav Vilas Palace, Banganga, Bhoora Khon waterfall, Tantya Tope memorial etc.


Walk through the Prehistoric Rock Shelters of Bhimbetka 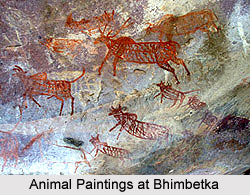 Bhimbetka rock shelters located in the Raisen district in Madhya Pradesh are Paleolithic age caves which showcase earliest traces of human life in the sub-continent. The rock caves here are covered with paintings ranging from 30,000 years ago to the medieval period. There are about 700 caves here of which about 500 are covered with paintings. The paintings are mainly of wild animals like the bison, rhinoceros, tigers, bears and other aspects derived from daily life. The paintings are made with natural vegetable colors of red and white pigments and are well preserved till date. It is a UNESCO world heritage site and a region of great archeological importance.

Take a bus to Bhimbetka and drop off at Obaidullaganj from where it is 3km and can be reached by auto-rickshaw.

Overall we can say that these few along with many other attractions near Khajuraho will leave you spell bound. You can get everything to catch your eyes and attention. It would be even better to hire a taxi rather than depending upon public travsportaion system to cover all these mentioned places during your weekends. A change from a monotonous life will certainly inject new energy in you helping to perform in future .