Khajuraho being one of the most important tourist destinations in India witnesses influx of tourists throughout the year. The rush increases in the month of February when Khajuraho Dance Festival is held which attracts tourist visitors from far and wide. Transport plays a very crucial role in connecting city to other regions of Madhya Pradesh and India. The tourism development board of Madhya Pradesh has ensured that access to this famed city is made easy for tourists and locals like. The city is well connected by air, road, and rail and has a domestic aerodrome. 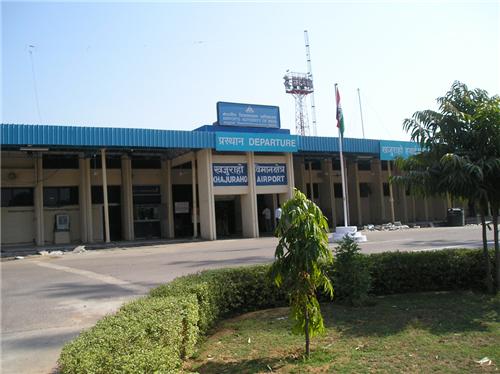 Tourism is the major industry in the city and is the bread and butter of the local population here and hence transport facilities are a major factor in the infrastructure of the city. Khajuraho also lies in close proximity to the other popular destinations in the state of Madhya Pradesh, like the Panna National Park, and hence transport facilities are the major factor in making the city attractive to the travelers. It is one of the best connected tourist destinations in India.

Khajuraho has a domestic airport with one terminal in operation since 1962. The airport is connected with Delhi, Agra and Varanasi. Major airlines- Air India, Jet Airways and Spice jet have frequent flights to Khajuraho. The airport is located 3km from the city and 3km from the railway station. An international airport is under construction and will help in boosting international tourist arrivals in the city. Currently the airport is limited in its operation. Considering that the railways and roadways are longer and tiresome most prefer to take the flights to this city. It helps in planning better and also helps in saving time for visiting the nearby tourist destinations like the Panna National Park.

Prior to air connectivity, railways was one of the most preferred medium to reach the historical city. Khajuraho Railway Station was built at Khajuraho to cater to the local demand. It is located about 5km from the city centre and is well connected to the nearby towns. The railway network in the region has helped the growth of the tourism industry by making the region accessible to the domestic travelers. The lack of proper connectivity was a major hindrance to the travellers and their demand for better trains and connectivity has been met with the launch of express trains to the city. 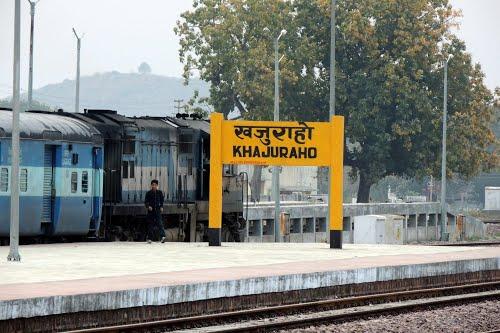 There are daily trains which connect the city to the national capital of Delhi and is well connected with the nearby regions of Uttar Pradesh.


Trains to and from Khajuraho

Khajuraho is well connected by public and private buses from nearby towns like Jhansi, Satna, Mahoba, Indore, Varanasi, Delhi etc. Deluxe Ac and Non-Ac buses ply frequently. There is an inter city bus terminus close to the Nagar Parishad office that also houses a shopping complex. The bus station has a ticket office (8am-noon & 1.30-7pm) off Link Rd No 2. The state transport corporation has started many new regular buses to and from the city. You can also enjoy your journey by boarding Deluxe Ac buses enjoying utmost privacy amidst comfortable settings. 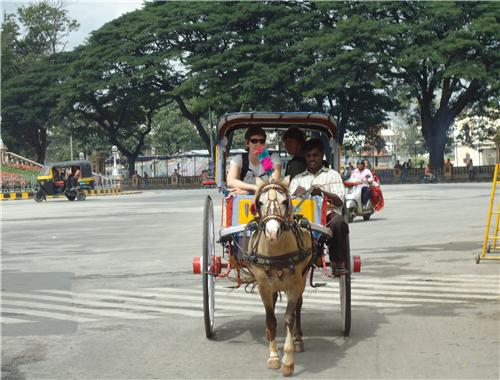 For local travel within the city and to reach different temple spots, taxis can be hired at a nominal rate. While the rates are fixed during the season, bargaining is a possibility in the off peak season. The three temple groups are located within an 8 sq.km. radius and to reach from one complex to another one can hire bicycles from any of the umpteen number of way side shops which line the city. The bicycles afford a tourist flexibility in travel to the different temple complexes. They are available for hire on a daily basis or an hourly basis and are the one of the best ways to travel around the city. Cycle rickshaws and horse carriages can also be hired to travel within the city. Horse drawn carriages are a novel option for the tourists to take in the sights of the city and temples at a tranquil and languid pace.


How to Reach Khajuraho ?

The easiest way to reach Khajuraho is to take a flight from Delhi, Agra or Varanasi . For a more budget option, once can take a train to Jhansi or Satna and take a bus ride from there to Khajuraho. The bus can cost anywhere between Rs.95 to Rs.250 depending on the bus- deluxe AC or otherwise. There are buses available from Agra which take about 9hrs to reach Khajuraho. Taxis can be hired from Jhansi, Satna, Mahoba etc and are a more comfortable option.