Southern Group of Temples in Khajuraho

Known famously for its beautiful temples Khajuraho stands as a most evident example of ancient Indian architecture. The entire complex divided into Eastern , Western and Southern parts . Most peculiar thing about the temples of all these parts lies in their design and architectural plans. Compared to eastern and western group, Southern group of temples are distantly located but are no less in their beauty and appeal. 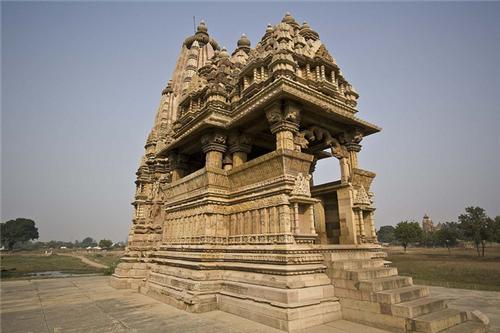 Southern group of temples are located at a distance from the other two groups of temples in Khajuraho. It consists of the Dulhadeo temple, Chaturbhuj Temple and Beejamadal Temple. The temples of this cluster are not as architecturally evolved as the other two clusters and hence not regarded as important shrines. The most important temple of this cluster is the Dulhadeo temple dedicated to Lord Shiva. 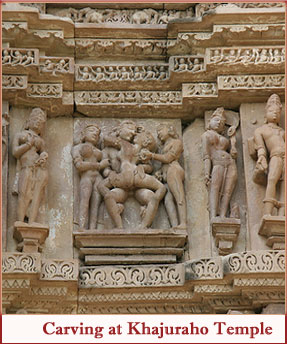 This temple is also known as Kunwar Math and is dedicated to Lord Shiva. This is one of the most important temples in the Southern group of temples. The plan and layout of the temple bears close resemblance to the medieval temples of western India but the construction and ornamentation is characteristic of the Khajuraho temples. The temple consists of sanctum, vestibule, mahamandap and porch. The main Shikhara is similar to the other temples in Khajuraho but the mahamandap is clustered with three rows of minor shikharas and this peculiarity in design and form, which is unlike the other temples. The main features, which distinguish this temple, are the beautiful sculptures which adorn the temple walls and which differ in treatment across different units of the temple. The apsara sculptures in the outer walls are in dance postures and show vigorous and dynamic movement while the ones in the mahamandap are shown standing under umbrellas and decorated with pompons. This temple is architecturally varied and different from the other temples.

This temple located further ahead from the Chaturbhuj temple is situated in the old Jatkhara village. This temple is still under excavation by the ASI and is considered to be larger than the other temples once fully excavated. With a length of 34.60 meters it is assumed to be much larger in size compared to iconic Kandariya Mahadev temple which measures only about 30 metres. Considered as one of the famous temple it was referred as Vaidyanath temple mentioned in the Grahapati Kokkala inscription by Cunningham and Phanikanta Mishra. 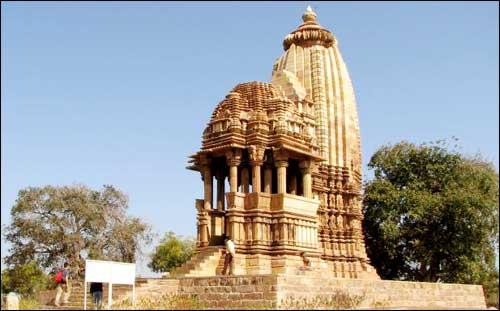