Panna Tiger Reserve or the Panna National Park is one of the most famous tiger reserves in the heart of India with an amazing turnaround story of tiger reintroduction in India. While traveling to Khajuraho you must also take out some time to visit this part of the region, located about 25km from Khajuraho. The architectural splendor of Khajuraho gives way to the stunning and picturesque forests of the Panna Tiger Reserve which were once the exclusive hunting grounds of the erstwhile rulers of the region. Panna was awarded the Award of Excellence in 2007 as the best maintained National Park of India by the Ministry of Tourism in India. 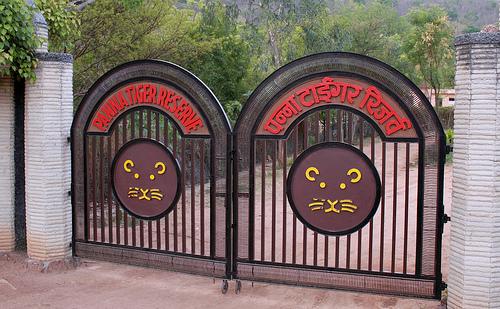 Panna Tiger reserve is the 22nd tiger reserve in India and the fifth in Madhya Pradesh. It is located in the Chattarpur district and is a mere half an hour drive from the ancient city of Khajuraho. Panna Nationa Park was created in 1981 and was declared a tiger reserve in 1994. The location of the park is such that it acts as the last frontier between the forests which start from Cape Comorin in the south and continue till the park and beyond this the continuity breaks leading to the emergence of the vast Gangetic Plains.

The tiger reserve is characterized by plateus and gorges. The majestic river Ken flows through the the reserve for about 55km and is home to aquatic fauna like the Gharial and the Mugger. Ken river is one of the sixteen perennial rivers of Madhya Pradesh and is an important tributary of the Yamuna. It acts as the lifeline for the various animals and flora which inhabit the reserve. The reserve has characteristic bench topography and can be divided into three distinct tablelands- upper Talgaon Plateau, middle Hinnauta plateau and the Ken valley. The region is characterized by hot, dry climate and the Vindhyan soil gives rise to dry Teak and dry deciduous forests interspersed with dry grassland.


Major Attractions In and Around Panna Tiger Reserve 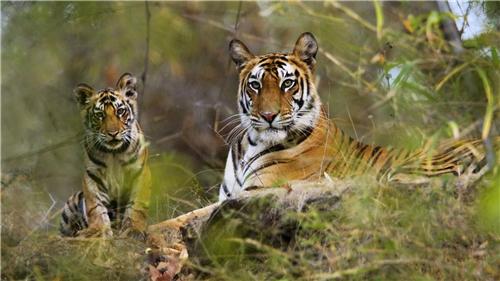 Panna is famously known for the growing population of Asiatic tigers. It was declared as a tiger reserve in 1994 and was placed under the Project Tiger. Despite this, the number of tigers depleted fast due to poaching and illegal trade. In 2009, the reserve declared nil population of tigers and faced a huge debacle. In 2012, Ministry of Environment and Forests, planned to relocate two tigresses, one from Bandavgarh National Park and another from Kanha National Park and a tiger from Pench Tiger Reserve to Panna. Though the tigers initially showed homing tendencies wanting to return to their homeground, they gradually settled in the Panna National park and now have a healthy population of tigers.Apart from tigers, the reserve also has a sizeable population of leopard, wild dog, wolf, caracal, hyena, sloth bear etc. The majestic Sambar deer along with Chital, Nilgai etc can also be seen in this reserve, especially in the grassland region. 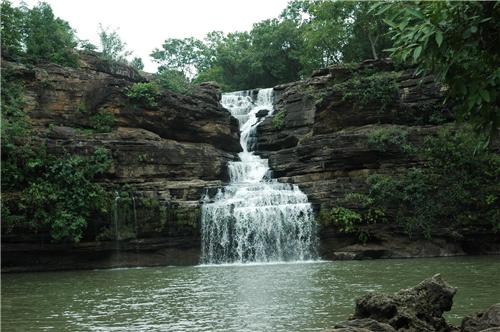 Pandav Falls is about 12 km on the way to Panna from Khajuraho. The famous Pandav falls emerge from the Ken river and gets its name from the legend that the Pandavas spent a part of their exile in this very same place. One can still see the caves which housed the Pandavas. Legend says that Arjun fashioned the rocks with his arrows such that the Ken river flew through a channel to reach the plunge pool of fresh water thereby leading to the fall. It is an important stop enroute to Panna and is a sure visit to enjoy the calm and tranquil surroundings.


How to Reach Panna Tiger Reserve ?

The best time to visit is from December to March. The winters are much more pleasant for travelers to enjoy the reserve and also an ideal opportunity to sight the famous tigers and other animals. The easiest way to reach Panna is to take a taxi or cab from Khajuraho. The drive to Panna is short, about half an hour and the drive is pleasant and serene with the splendid view of the forests.