Every part of the city conveys the historic significance and showcases the grandeur of the erstwhile rulers. The region is also home to a sizable population of tribals who with their own unique culture and practices have managed to keep those traditions alive even today. The museums in Khajuraho are an ode to the visually stunning and historically significant remnants of the erstwhile kingdoms. 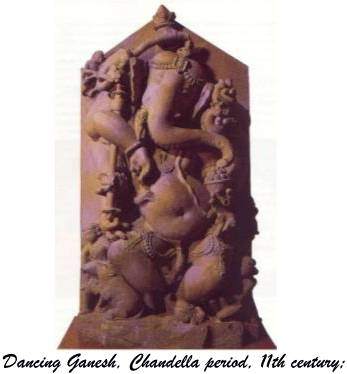 Archeological museum also known as the Jardine museum was set up in 1910 by W.A.Jardine, an officer of the British empire to preserve the loose sculptures found around the temples in Khajuraho. These sculptures and other architectural remains were collected and housed in a enclosure adjoining the Matangeshwar temple in the western cluster of temples. This enclosure of artifacts continued to remain so till the Archeological Survey of India took over the upkeep and operations of the museum in 1952.

The present museum was established in 1967 and consists of five galleries. It showcases a representative collection of the Khajuraho sculptures. The sculptures that are at display here belong to the Brahmanical, Buddhist and Jaina sects. The museum has about 2000 sculptures on display and the most prominent one is that of the seated Buddha. Another prominent sculpture is that of a four headed Lord Vishnu with the central head of a human and other three heads being that of Hayagriva, Varaha and Narasimha.The museum is prominently located and easy to reach with the clear directions available. Bicycles and autos are the easiest modes of transport to reach the museum.

This museum is also known as the Maharaja Chatrasal museum and is located on the Chatarpur- Nowgaon highway. It was built by Maharaja Chatrasal of the Bundela Rajput lineage. The museum houses his personal collection of artifacts ranging from his personal clothes, weapons, armory etc. The museum has about 8 galleries and contains artifacts from the Gupta and Kalachauri period. A trip through the museum clearly showcases the rise and fall of the Bundelas. The museum was established in 1955 and has a variety of sculptures of the Shakti cult.

This museum is located near the eastern cluster of temples, which form the Jaina temples in Khajuraho. The museum is situated in a circular building in the Jain Temple complex and is also known as Sahu Shantiprasad Jain Kala Sangrahalaya. This museum houses Jaina artifacts and is considered to be older than the oldest temple complex in Khajuraho making this the oldest known structure here. 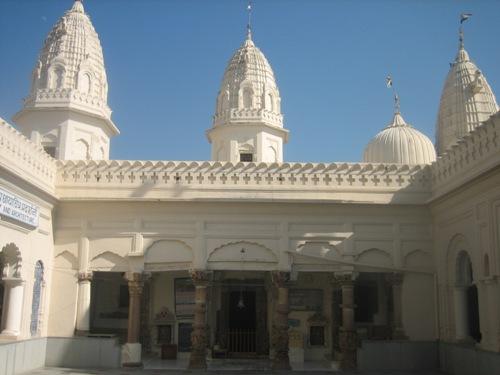 There are more than a hundred Jaina sculptures in the museum and these sculptures are of great religious significance for the Jains even today. There are sculptures of the 24 tirthankaras who form the religious bedrock of the Jaina sect. The preachings of the tirthankaras are followed by the Jain till date and hold a great value to them. There are also sculptures of a collection of Yakshis. Religious tourism amongst the Jains is most evident in Khajuraho and most them visit the Jain museum because of the antiquities present here.

A refreshing change from the historic temples of Khajuraho is the Tribal and folk art museum. The museum houses paintings, artifacts and other handmade materials of the tribals and adivasis who inhabit the region. The colorful culture and ethnic sensibilities of the local artisans is displayed in each work in this museum. This museum also functions as an art gallery and is located in the Chandela Cultural Centre. 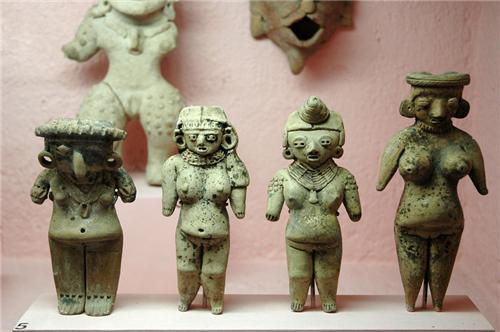 The gallery showcases works of the local artisans and their stages of evolving over the years. The works have imbibed many influence thorough the ages but what remains the core aspect of these works is the rich cultural tradition of the tribals which they cherish even today. The gallery showcases more than 500 indicative samples of wood carving, paintings, terracotta art work, jewellery, tribal masks, and the famed Dhokra metal craft. The museum is an ode to the tremendous potential of the local artisans and their culture. It is one of the most well curated gallery in the state and one can buy original paintings singned by the artists themselves.