Khajuraho, the ancient architectural wonder lies in the heartland state of Madhya Pradesh in Chhatarpur district. Located in the Bundelkhand region bordered by the Vindhyan range, this small city is surrounded by breathtaking Golden date palm trees and nestled in natural splendor. Built by the Chandelas in 950AD, the theme and architectural mastery of these iconic temples has made it to the list of UNESCO’s world heritage site list. 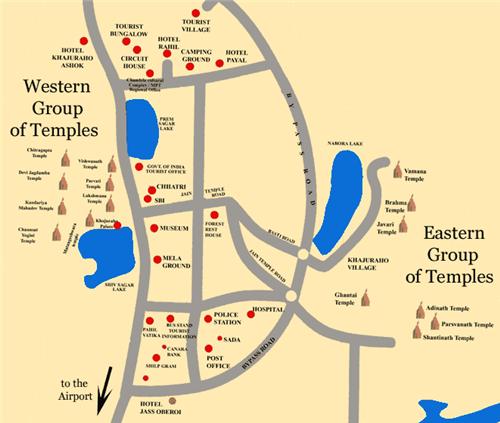 The entire city of Khajuraho is spread over an area of approximately 59.8 sq.kms and located in the northeastern part of Madhya Pradesh. The location coordinates of Khajuraho are 24°51'N – 24°85'N latitude and 79°56'E – 79°93'E longitude. The city is abound with natural resources and is surrounded by Khodar river in south, Ken river in the north east, Beni Sagar reservoir in the south west and lies in the resource rich mineral belt of Central India. 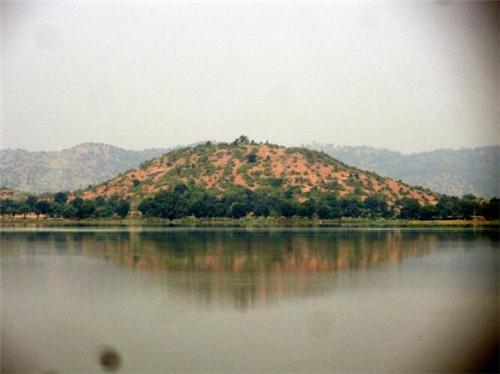 Physiographically, Khajuraho us divided into three main geomorphic units- The Panna range, the central plateau, and northern plains traversing the district in north-south direction. This range separated the upper Bundelkhand from lower Bundelkhand plateau. The highest peak is at Ban pathar at 607 m above mean sea level. Due to the numerous rivers which traverse the region, there is a fine deposit of alluvium all over but is not cut into ravines due to improper practices and has given rise to badland topography. The topography is generally flat all through the district.

The soils in the region are mainly of the alluvial type occurring in the north eastern part of the district. Red and yellow soil is prevalent in the north eastern part and red and black soil is prevalent in the central part. In the extreme south western part of the district, medium black soil is present.The region is mainly agricultural in nature and is one of the dominant sources of livelihood for the general population apart from season tourism related activities. The region is known for the Golden date palm trees, which surround the city, and is also famous for the cultivation of Betel leaves or Pan Patti. Due to over exploitation of agricultural land for commercial timber, desertification is seen in most parts of the district but most farmers grown intensive cash crops in the region.

Khajuraho experiences hot humid summers, a monsoon season and cool pleasant winters. The summer temperatures can reach a maximum of 470C and winter temperatures can drop as low as 60C. The region experiences a typical sub-tropical weather condition. Summers are not the ideal time to visit due to the oppressive heat and humidity. The Winter season from October to March marks the high tourist season and is also the time when the popular Dance festival is held. The average rainfall in the region is about 114cm.

According to the Census 2011, the total population of the city is 24,481. The city has an adverse sex ratio of 895 which is lower than the national average. The overall literacy rate is about 51.37%, which is again lower than the state level. This statistics can be attributed to the fact that most of the population starts working in the tourism and ancillary industries from a very early age sometimes at the cost of education.

Khajuraho at a glance