Khajuraho, a city nestled in the heart of India is one of the best known tourist destinations in India. Known as one of the seven wonders in India and a must-see on every travelers list, Khajuraho is a jewel in the heart of India. This small, sleepy town woke up to development and influx of tourists when it was inscribed in UNESCO world heritage site list in 1986. Since then, tourism has become the main economic base of the city. The other major prominent economic activity of the town is primarily agriculture, which employs about 40% of the population.

Khajuraho was once the cultural capital of the Hindu Rajput Kingdom of the Chandelas. They undertook massive construction in the city of about 85 temples of which 22 remain today. The Chandela rulers never lived in the city and this can be attributed to the lack of forts, which were considered the first point of defence for any kingdom. The city was built to showcase the wonderful architectural prowess of the Chandelas and is a testimony to their brilliant engineering capabilities. The city was lost in obscurity during the medieval era during the reign of the Mughals. 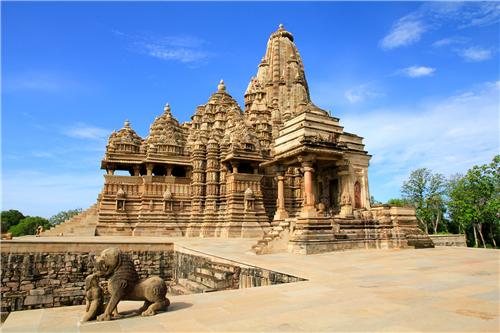 The main residents of the lost city were marginal farmers who lived in the small villages around the city. Even today agriculture is a predominant occupation in the region. With the discovery of the temple complexes by the Britishers, it has slowly gained prominence over the years. It was only when the first President of India, Dr. Rajendra Prasad visited Khajuraho, did the Archeological Survey of India begin clearing the forests and fencing the area around the temples and restoring the structures. With the UNESCO listing in 1986, it has become one of the tourist hubs of India. It is one of the most important destinations in the tourist circuit in India and ranks fourth in popularity among the international tourists right behind Agra, Varanasi and Rajasthan.

Khajuraho features most of the itineraries of international tourists making it the primary source of revenue in the city. Tourism has greatly improved in the last couple of decades and this is due to the concerted efforts of the Madhya Pradesh Tourism Development department, which has worked towards making Khajuraho a world-class tourist destination. The temple complexes have been spruced up brilliantly and are a far cry from the dense jungles, which had enveloped them for the better part of the century. 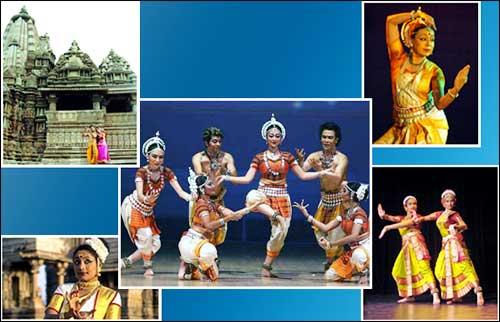 The city is home to some of the best in class luxury hotels, which cater primarily to the foreign tourists. This hospitality and service industry has emerged as the source of employment directly and indirectly. The hotel industry has given an indirect boost to the tourism industry by attracting tourists from across the country and thereby providing employment to many in the ancillary services like temple-guides, transport etc. Recently owing to the increased interest among the domestic travelers, there has been a spurt of activity in hospitality industry in the region with a high growth of budget and economy options in the city. This has made the city accessible to both the backpackers and high end travelers.

Recent estimates denote that the visitors to Khajuraho has increased manifold in the last decade making this city one of the most popular destination. Events like the Khajuraho dance festival, which takes place every February, are crowd pullers to the city and also a revenue generator for the region. Apart from this there are also all-year-round activities like the Sound and Light show at the temples, Tourist village activities, Shilpgram etc that entertain tourists around the year. 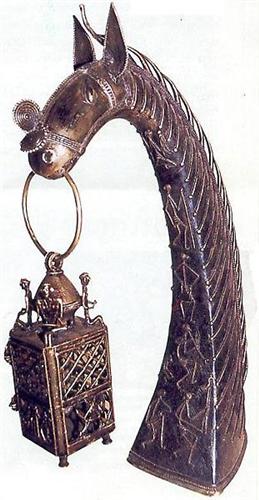 The major impact of the development of tourism industry has been on the large scale resurgence of the handicraft industry. Local artisans have got a boost in trade in local hand looms, artifacts in brass and silverware, trinkets and other articles made of local produce. There is also a huge captive market for souvenirs that are very popular among the foreign tourists. Beautiful artifacts made of brass, wood and sandstone are available, which are basically miniatures of the legendary temples. Khajuraho is one of the major centers of hand embroidered textile industry. In every household you can find men and women engaged in embroidery work. These products have now entered the market and are a good source of revenue to the locals.

Agriculture remains one of the main occupation in the region and is an all year round activity unlike the tourism industry which is seasonal in nature. Many farmers take to farming in the off-season and join the tourism sector during the peak season to add to their income. The city lies in the riverine region fed by Ken and Khudar rivers and has fine deposits of alluvium, which makes it ideal for agriculture. But large-scale exploitation and improper use of chemical fertilizers has led to the emergence of badland topography which can be seen across the region. Improper use of fertilizer and chemical insecticides and pesticides has rendered the landscape barren in many places. Government intervention has helped in reclamation of land which is now being put to use for intensive cultivation. The main crops that are grown here are betel leaves, gram, jowar and other coarse cereals apart from horticultural produce. Agriculture contributes to the bread and butter of the local economy and is one of the major employment generator in the region.