Art and Culture in Khajuraho

Every region in India is famous for their indigenous culture that has been followed over the years and cherished and practiced even today. Khajuraho is no different as the city that once served as capital of the Chandela Rajput is literally steeped in art and culture. Khajuraho falls under the Chhatarpur district in the state of Madhya Pradesh and is a world-renowned tourist destination known for its architectural heritage. It is also one of the 14 sites inscribed in UNESCO world heritage site list. Khajuraho belongs to the Bundelkhand region and the culture, languages and lifestyle of the people in this region is remarkably similar. 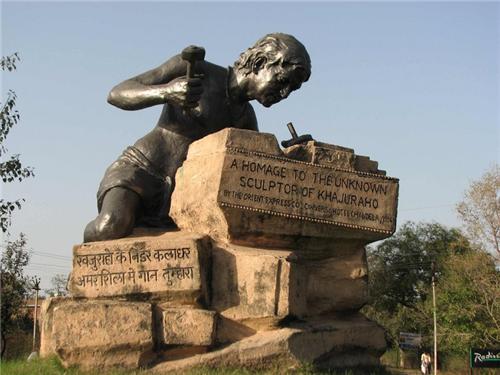 While Hindi is predominant language spoken in the region, there is a marked influence of the Bundeli language and is reflected in all the dialects spoken here. Apart from this English is also spoken quite prominently and this can be attributed to the rise of the tourism industry. Most of the population works in the tourism and related industries and have to deal with international travelers, making English the language of choice for many here.

Historically Chandela Rajput ruled Khajuraho and even today the dominant religion in the city is Hinduism. Jains also form a prominent section of the population and this can be seen in the presence of various Jain places of worship in the city. The prominent eastern cluster of temples belongs to the Jaina sect and even today religious tourism of Jains to Khajuraho is popular. The famous Parsavnath temple is one of the most important temples of the Jaina sect in India and attracts various devotees all round the year. Being a tourist destination, it has a large section of migrant population which has settled here and hence lately there can be seen a more multicultural society taking shape in the city.

Festivals form an important social fabric of the people and community. Festivals are an essential way of reinforcing our customs and traditions and are an integral part of our communal lifestyle in India. As with any city in India, the prominent festivals of Diwali, Dusshera, Holi etc are celebrated with great fanfare. But some of the festivals that take predominance over the others and are celebrated in true style are Mahashivratri, Vat Savitri Puja. 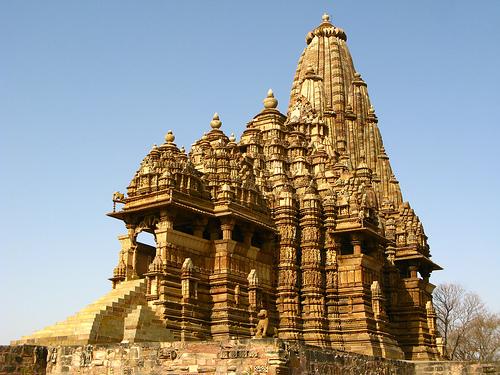 Mahashivratri is one of the most awaited festivals in Khajuraho. It is a festival devoted to Lord Shiva. On this day, devotees remain awake all night listening to hymns and sacred texts. The festival marks the divine union of Lord Shiva with Goddess Parvati. On this day, the lingam at Kandariya Mahadev temple is decorated with ferns ans petals and a special puja is conducted by the temple priest. Bel leaves and flowers are showered over the deity and devotees seek blessings from Lord Shiva. On the eve of Vat Savitri Puja women of the region undertake fast for the well being and long life of their husbands. The puja is considered auspicious for all married women. Khajuraho wears festive looks on the eve of this Puja. 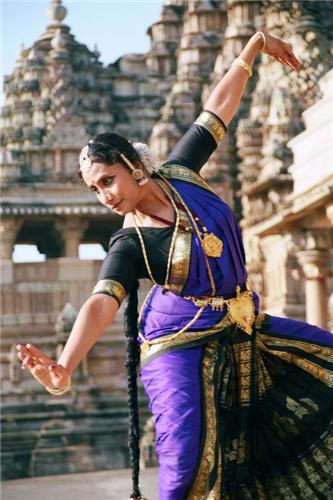 Though not a festival in the strictest sense, Khajuraho dance festival is an important event in the cultural calendar of the region. Organised by the Madhya Pradesh Kala Parishad , it is a week long festival of classical dance set against the magnificent backdrop of the beautifully lit temples of Khajuraho. It is an annual event and showcases various classical dance styles like Kathak, Bharatnatyam, Odissi, Kuchipudi, Manipuri, Kathakali etc. It has some of the most popular exponents of the particular style performing here. The dances are performed in an open-air auditorium, usually in front of the Chitragupta Temple dedicated to Surya (the Sun God) and the Vishwanatha Temple dedicated to Lord Shiva, belonging to the western group.It is the event that brings in the largest number of visitors to this small city and is the maximum revenue generator for the city. Locals celebrate this oncoming of tourists with great enthusiasm and open up their home and hearth to showcase the wonderful culture of the region. Entry to the festival is mostly free but sometimes a nominal charge is levied on particular performances.

Folk Dances and Music of Khajuraho

Khajuraho has a rich heritage of folk dance and music. While the city is very popular for the annual dance festival that showcases classical dance forms, the people here have also kept the folk traditions intact. They form a prominent part of all celebrations and occasions in the region. Diwari is a famous folk dance of the region and is preformed during the festival of Diwali. It signifies the occasion of Lord Krishna raising the Govardhan mountain. The male dancers perform with long sticks and show martial art movements to the accompaniment of drums. It is also danced in the post harvest season. 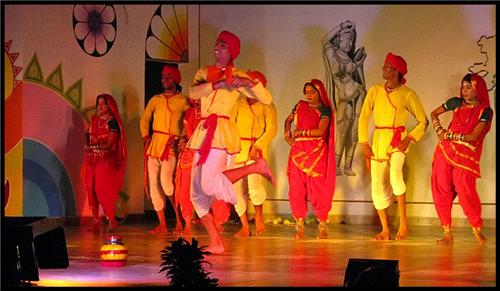 Raai is another famous dance form of the region and derives its name from the mustard seed and as a mustard seed swings around when dropped in a bowl, the dancers also swing around to the accompaniment of the drums. It is a duet between the dancers and the drums and both try to match the other leading to an enthralling performances. Faag is the main folk song that is sung during the spring harvest season. It showcases romanticism and divine love. Alha songs are sung during the heavy monsoon season and the themes always revolve around the historical heroes and their achievements. Lamtera is the folk song sung in praise of the Lord as a thanksgiving for the abundance that he has showered on us. It is sung in the post harvest season.

Costumes and Attire in Khajuraho

The traditional attire of the locals in Khajuraho is the dhoti, kurta and safa. The womenfolk wear the traditional saree with a multi colored blouse, which are mostly handwoven and designed with traditional motifs and mirrors. With the onset of the heavy tourist population and changing lifestyles the attire of the people is also changing and they are fast adopting newer practices. The grandeur of the local attire can be seen in full splendor during the festivals and other cultural occasions.