Khajuraho one of the most famous town of India is located in the Chatarpur district in the state of Madhya Pradesh. This famed city is known for its temple complexes, erotic sculptures and pristine beauty. Khajuraho is dotted with numerous Hindu and Jain temples dating back to medieval era. What make these temples truly breathtaking are their sensuous sculptures that have attracted tourist for decades. The explicit and enticing frescoes have had both historians and tourists enthralled for many a millennium now. Spread over an area of approximately 20 sq.kms in the northeastern part of Madhya Pradesh, Khajuraho is a major tourist site and also listed among the 14 UNESCO world heritage sites in India. 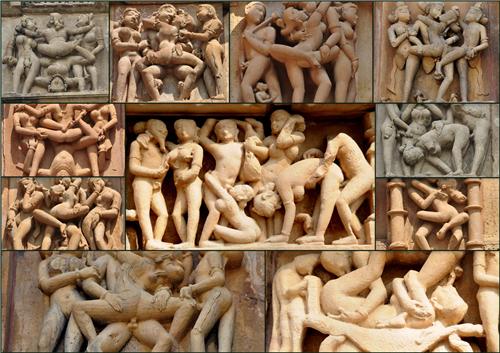 These temples were built over a thousand years ago under the patronage of the Rajput Chandela kings in a span of 100 years from 950 to 1050 A.D. The first recorded mention of the Khajuraho temples is in the accounts of Abu Rihan al Biruni (AD 1022) and the Arab Traveller Ibn Battuta (AD 1335). The exact reason as to why these temples were built and their significance eludes our understanding even today. But it is believed that the Chandela kings were followers of the tantric cult, which believed that gratification of earthly desires is the way to attain the divine. Though known for the eroticism depicted on the temple walls, it is only the western group of temples, which have these sculptures. The eastern and southern groups are largely temples in the traditional sense with religious sculptures engraved in it.

The history of Khajuraho is quite interesting. The name Khajuraho is derived from “Kharjuravahaka”, which comprises of Sanskrit words, kharjura = date palm and vahaka = "one who carries". It was literally a small village which bordered by Date palm trees and its existence was a well kept secret till the British historian T.S.Burt discovered it in 1838. These temples at Khajuraho were built by the Chandela rulers in the span of a hundered years from 950-1050AD, but abandoned in the 14th century. It was once the cultural capital of the Chandela rulers and still retains much of its ancient glory even though only about 22 of the 85 original temples still exist there.

Geography and Climate of Khajuraho

Khajuraho is classified as a town and Nagar Parishad under the Census of India and falls under the Chhatarpur district in Madhya Pradesh. It is located at a Latitude of 24°51' – 24°85' N and Longitude 79°56'E – 79°93'E. The entire town of Khajuraho is spread over an area of 59.8 Sq.km. The town is strategically located with respect to the state capital and is at a distance of about 620 km from the National capital, Delhi making it an ideal location for tourists. The city is abound with natural resources and is surrounded by Khodar river in south, Ken river in the north east, Beni Sagar reservoir in the south west and lies in the resource rich mineral belt of Central India. 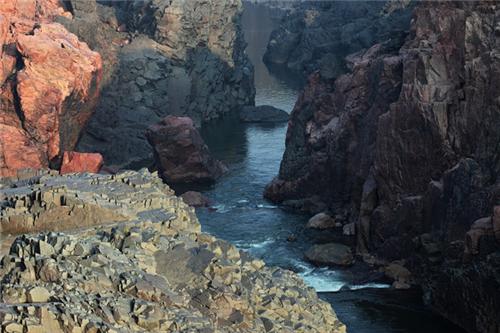 Khajuraho experiences Sub-tropical climate like much of Central India with hot, humid summers and cold, dry winters. The monsoon season in Khajuraho lasts from late June to October and receives an average of 114cm of rainfall annually. December to February marks the winter season and also the onset of the tourist season owing to the pleasant weather. February also marks the onset of the Khajuraho Dance Festival which sees patronage amongst a large number of art connoisseurs from across the world.

Places of Interest in Khajuraho

Tourism forms the economic base of the city of Khajuraho and is the source of employment for much of its population. The famed temple complexes of Khajuraho see a huge traffic of both domestic and international tourists. The temples are found in two major clusters comprising the Western cluster which is the major crowd puller and the Eastern cluster comprising of the mainly Jain temples. Barring these two clusters, rest of the temples is all found separately.

The western group of temples is spread over an area of about 11.3 hectares and comprises of some of the most splendid architectural prowess of ancient India. Some of the temples which are found in this cluster are, KandariyaMahadeo Temple, Chaunsat Yogini temple, Lakshmana Temple, Varaha Temple, Chitragupta temple and Matangeswara temple. These group of temples are the ones with the most explicit sculptures which have become synonymous with the whole of Khajuraho. The sculptures depict various poses allegedly from the Kamasutra and show Mithunas in various poses. Apart from this they also depict art, culture, daily lives and music of the region. The Kandariya Mahadev temple is the most magnificent and largest temples in Khajuraho. The temple Shikhararises 35.3 metres from the ground and symbolizes the holy abode of Lord Shiva, the famed Kailash Parbat.

The Eastern Group of Temple 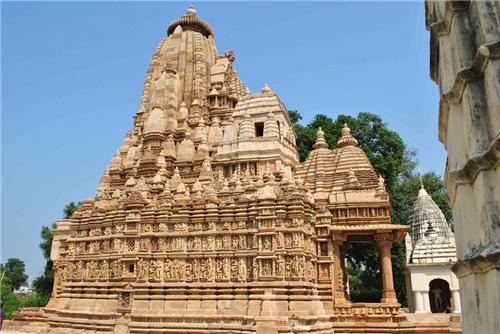 Parsavnath temple is the largest temple in this cluster and is dedicated to the Jain thirthankaraParsavnath. It was originally dedicated to Lord Adinath but in 1860, the image of Parsavnath was installed here and it assumed the new name. The Brahma temple, which is one of the important temples in this group, is in fact dedicated to Lord Vishnu. This is the only temple here to be built entirely in granite. The Jawari temple is named so because of the Javari crop (finger millet) which is grown around the region surrounding the temple.

Southern Group of temples is located slightly away from the other group of temples. The two main temples of the southern complex is the Dhuladev temple and Chaturbhuj temple. These temples are of relatively recent orgin amongst the Khajuraho temples and show some significant differences from the rest of the temples. Chaturbhuj temple is the only temple here that is devoid of erotic carvings. It houses an exquisite image of a nine feet long statue of four handed Vishnu. The third temple in this cluster, the Beejamandal temple is still under excavation by ASI. This temple is expected to be the largest amongst all the temples in Khajuraho once it is completely excavated. Duladeo temple is the most popular temple in this cluster and is dedicated to Lord Shiva. It is also known by the name, Kunwar Math and stands on the banks of KhurauNala. The temple is covered with exquisite scluptures of Lord Shiva and his consort Parvati. 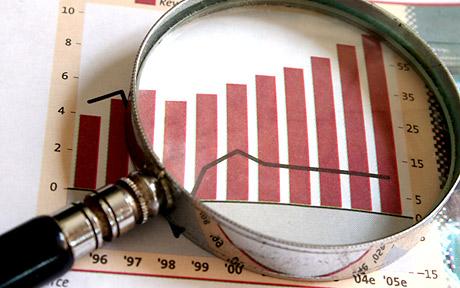 Khajuraho is the third most visited tourist site in India and tourism and hospitality industry forms the bedrock of the economy of the region. The UNESCO world heritage status has given an added impetus to the tourism industry-giving livelihood to the local population in both tourism and its ancillary industries. The traditional source of livelihood for most of the local population is agriculture with prominent cultivation of Betel leaves. Recently some mining activities have also taken gear owing to the presence of granite veins in this mineral rich region.

Khajuraho with its transport network is well connected to other parts of the country. Khajuraho has an airport catering to the multitude of tourists thronging this place and is located just 5kms away from the main city. There are frequent flights from Delhi, Agra, Varanasi and Mumbai. Khajuraho Railway station is another source of connectivity in the city. Many major passenger trains passes through the region. Jhansi (172 km away) and Satna (117 km away) are other major station connecting to Khajuraho.There are frequent bus services connecting Khajuraho to other parts of Madhya Pradesh including Mahoba, Jhansi, Chhatarpur, Bhopal and more. There is also interstate bus services connection to Uttar Pradesh. One can also hire taxi and cab to reach the city. Khajuraho is about 600km south east of Delhi and can take about 11 hrs to reach by road.

The clusters of temples in Khajuraho are placed wide apart and the best way to travel from one cluster to another is via the local means of transport like rickshaws and jeeps. One can also hire bicycles from the numerous shops around the city and use it to traverse the city. Horse drawn carriages are also available which are a fun and adventurous way of travel. 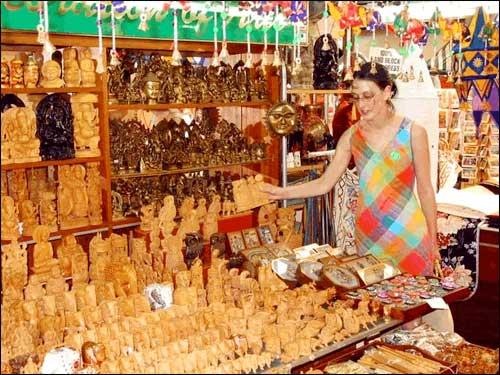 As with any tourist circuit, shopping in Khajuraho is also resplendent with traditional artifacts, hand woven garments, marble and granite sculptures and a myriad variety of gems and precious stones. The western complex of temples have a motley collection of shops in the exterior limit of the complex which caters to the foreign tourists and has a collection of the sculptures in brass and heavy metals. There is a weekly market in Rajinagar, which has exquisite range of trinkets in brass and silverware.

Khajuraho at a glance